I read this book in two sittings, staying up far past when I expected to.
Despite the fact that I have a friend who was once a “second wife”, I don’t understand being okay with sharing one’s spouse. But the beauty of this book is that the reader need not understand polygamy to enjoy this book.
I was sucked into a world that was well-paced and intriguing, a world I thought I understood. But the ride turned twisty and there was no way I could go to sleep without reading all the way to the end.
But I wasn’t prepared for a blow-to-the-gut twist that has kept this book at the forefront of my mind. In fact, this might be one of those unforgettable ones. Even more remarkable, for me, is that this book comes from Harlequin…a publisher I don’t normally read. But this mystery was so good that I couldn’t put it down.

Must-read is an overused phrase, but you MUST READ this. Don’t assume you know what’s happening, because you’ll rob yourself of the thrill, the impact and the shock.

Photo by Pixabay on Pexels.com

I’ve been reading a lot of books and articles on forensics lately as research for the next book, ‘Body In The Bush‘, which I’ve already told you a little about. One of my research sources is D.P Lyle, best-selling and prize-winning author with a great deal of medical knowledge and experience in his background. It’s always interesting to read his blog, which you can find here, and yesterday was no exception. A peek into what makes any writer craft their words as they do is a special treat, and even more so if we can see how place affects those words. D.P’s post yesterday was about how the South has influenced his writing, and it got me thinking about Anais, and how growing up in Northern Ontario might have shaped her. How did fishing and playing in bear-country mould her into a person so different that she never fit in with her peers in Ottawa? Did it change how she sees the rest of the world? Which then led me to ponder how Anais is different from Kinsey Millhone or Sept Savoie. Granted neither of them have to worry about bears eating their evidence, but does the land…the starkness of the bush…shape an investigator? Can the differences between Canada and the rest of the world shape how a detective sees a crime scene?

After asking myself those questions, I came to the conclusion that we are all shaped by our environment and experiences. What makes a Canadian murder mystery stand out as uniquely…ours? It goes far beyond having our lead detective stop for Tim Hortons or eating a Coffee Crisp chocolate bar. I read quite a few mysteries set in other countries, and there’s usually a fair amount of learning new terms involved. Along the way, I learn a bit more about the culture of the environment where the book is set.

I want my readers to come away from my books feeling as though they’ve chased through the woods with Anais. When she reels in a trout, I want my readers to feel that rod in their hand too. I want them to come away with an understanding of the Canadian bush that they didn’t have before they met Anais. But for that to happen, readers will need some perspective. So to that end, I’ll spend the next handful of posts explaining some of the terms and objects that are uniquely Canadian. What shapes our world, what defines us. How will those things tie into ‘Body In The Bush‘? Hang around and find out!

So, no matter where you’re from, tell me about something that you enjoy there that we don’t have here? What makes your country stand out in the world? Is there a special food item, or unique terminology? Shout out in the comments section and shine a light on your part of the world. 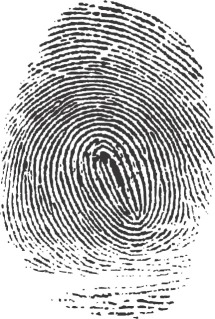 Bet that title up above grabbed your attention, did it? As attention-getting, as it is, it is also the truth.

I’ve put out a new issue of my newsletter, did you get it?

No? Do you want to be among the first to know about new fiction, occasional giveaways and subscriber-only freebies? You can either sign up for my newsletter here on my blog (look for the newsletter link under the logo) or by going here

Enquiring minds want to know…have you ever been called upon to solve a mystery? Let me know in the comments section below, no matter how small.

The Long Shot is exactly what I needed after a horrible, no-good, very bad day. It has conflict, yes. It has an age-gap that is a hurdle for one of the characters. It has sexism, drive, ambition, bitchiness, and growing feelings. Oh yeah, and golf too. *grin* You don’t need to be a golf-enthusiast to enjoy this book. I kept up, and I have a mere passing interest in the game. But you shouldn’t read this for the golf.
Read it for the sense of hope it carries throughout. For the ‘will-she-get-over-the-age-gap-baggage’ question. Read it if you’re a romantic.
Yes, it’s a piece of fluff. But damn good fluff that can ease the pain of a horrible, no-good, very bad day.

Photo by Chris Gonzalez on Pexels.com

“The meteorological conditions (e.g., temperature, precipitation, and wind) at a crime scene can influence the nature and quality of all manner of evidence that is left behind. This includes the destruction or obliteration of evidence, as well as the effects of climate on body temperature and decomposition.”

(The above quote is from ‘Criminal Profiling, An Introduction To Behavioural Analysis’)

And therein lies the first hurdle for my main character in ‘Body In The Bush’, Anais Quinn. A body has been found, but it’s been there for some time, and rain and wild animals have all affected it. Can she find out who it is? Facial recognition is going to have a hard time with this one…

Photo by fotografierende on Pexels.com

Precautionary acts involving physical evidence are behaviors committed by an offender before, during, or after an offense that are consciously intended to confuse, hamper, or defeat investigative or forensic efforts for the purposes of concealing the identity of the perpetrator and/or his connection to the crime, or even the crime itself. They include disposal of the body, clipping victim’s fingernails or removing their teeth or fingers to prevent identification, cleaning up the blood at the scene, picking up shell casings—essentially anything that changes the visibility, location, or nature of the evidence.

And now you and I have both learned something new today!

(Fact above attributed to the textbook, ‘Criminal Profiling, Fourth Edition’) 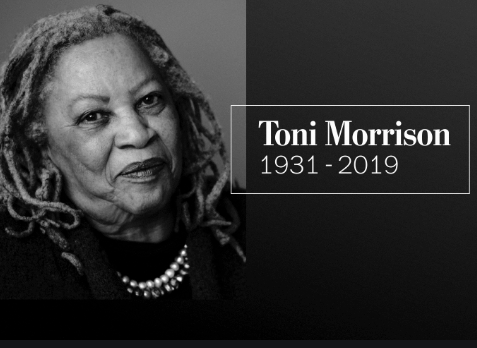 If there is a book that you want to read, but it hasn’t been written yet, you must be the one to write it.

Photo by ahmed adly on Pexels.com

The writing life is rarely straightforward. There I was, happily researching anthropology when a niggling voice at the edge of my consciousness kept pestering me. At first, I tried to ignore it, but it just got louder. I sighed and started to pay attention, and a woman’s voice got clearer. Anais Quinn refused to be silenced, or even wait until I was ready. She’s been nattering at me, telling me details, tidbits of her life, at all hours. So now I’m falling down a totally different rabbit-hole…for me.

“Tool marks where a door was forced open can indicate a point of entry, shoe prints can show a path of travel, and bloodstains can indicate an area where the conflict occurred…”

Want to take a guess what Anais Quinn does for a living?

Welcome To The Crone's Studio